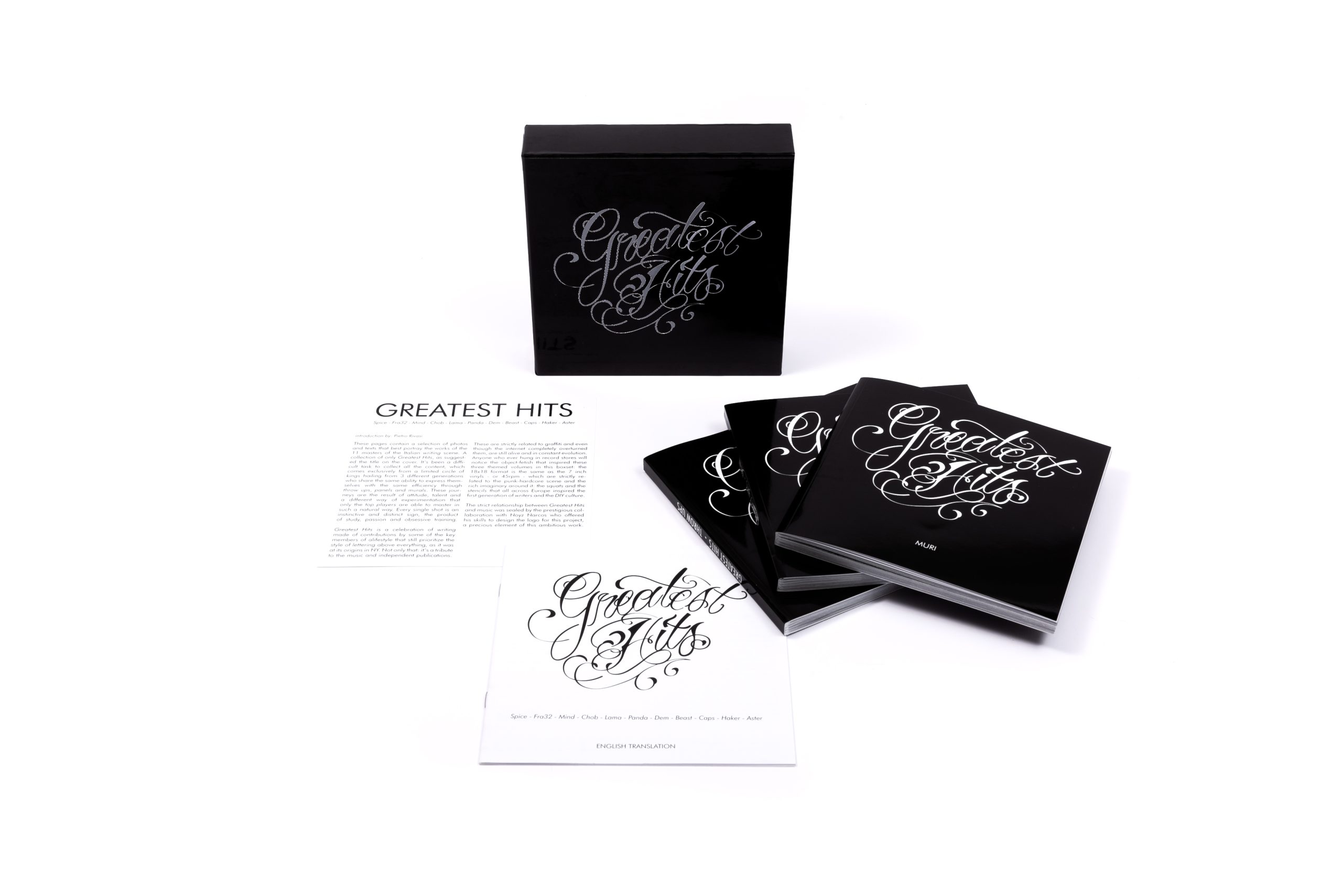 It feels kind of like a necessity.
This is how Shyla N., the photographer and artist who created this ambitious project, answers you when asked how this Greatest Hits was conceived.

I felt the need to make the book I was dreaming of for a long time. I noticed that there was a massive lack of publications about graffiti, especially of the late 90’s scene, so I thought about how I could fill this gap by talking about my passion through the looks and words of those who created, nurtured and improved it.

With this in mind, Shyla approached the project like that of a record producer trying to put together all the best albums of the century. With the help of friends and precious contacts, she managed to gather eleven names; eleven signatures who made history in three specific areas: walls, trains and throw ups. The names of Spice, Fra32, Mind, Chob, Lama, Panda, Dem, Beast, Caps, Haker, Aster; their words and memories were then all grouped together into three books, 7-inch record sized, bound in a special edition box set. A limited print run of 300 copies that reminds of the old school of vinyls – considering the names – enriched by the cover art designed by Noyz Narcos, an artist who embodies the true nature of Greatest Hits due to his bond to the streets and graffiti, and a rich introduction by the independent curator, Pietro Rivasi. All these elements mixed together tell us a story that intersects with our country, our culture and the street art scene which keeps on growing regardless of judgement or closed mindsets. Shyla and Meuri lay out on these pages the codes, explained by these programmers, for a universal language without barriers that has colored the urban world in a thousand different shades.

It’s something we have inherited, as pointed out by the producer King Koala it’s a treasure that still to this day is in front of everyone’s eyes. The graffiti world has always been misinterpreted and subject to many comments, both negative and positive, although they are usually very superficial. Greatest Hits doesn’t pretend to explain or tell us something in particular. It gathers. It brings together all those colors and lines that captured my attention when I was a kid, when I used to give a name to each area of the city and the walls…because the name was already written on it.

The artistic partnership with Meuri97 starts in Milan during the lockdown, when both authors create a small DIY fanzine called Domiciliari 2020. A collection of their shots mixed the right way. With Meuri97’s knowledge of graphic and styling elements, terms and the contents of the editorial project promoted by Shyla, their collaboration has now come full circle. The English texts are translated by Paolo Chiovini and Swax McIver. Greatest Hits is much more than a simple independent production; it’s a container of art that goes beyond the standard writing, piece or train shot. Greatest Hits is playing culture and it does it in style.

Made with love for King Koala by msdvc

Scroll back to top